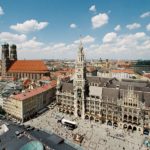 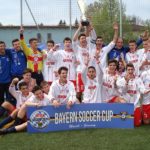 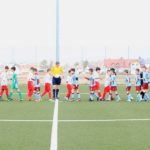 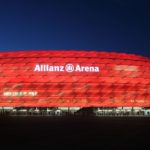 ✔ART.3: LOANS
Loans are allowed only in these categories: Under 17-15. Up to 3 loans will be allowed in each team, with the authorization of the belonging Society, that can’t be one of the Societies participating in the Tournament.

✔ART.6: PARTICIPATING TEAMS
Teams will take part in the tournament as scheduled (divided by category and with the indication of the name of the club and the original country)

✔ART.11: EXTRA TIME
In case of a tie at the end of regular time, two extra time of 7 minutes will be given only on finals for the categories: UNDER 17-15). If no winner is determined after the allotted extra time, the game will proceed into a penalty shoot-out, as determined in article 10.

✔ART.12: REFEREES
The matches will be directed by the Federal German Federation Referees and Referees of the Organizing Committee.

✔ART.13: TOURNAMENT DISCIPLINARY
The discipline of the tournament is assigned to the Judge or different Responsible Delegation. The Judge also holds the decision in cases of suspension that exceed the duration of the tournament.

✔ART.14: AUTOMATIC SANCTIONS (for the tournaments with consecutive games)
 UNDER 17-15: any player sent off the field during a match will not be allowed to participate in the next match. The player who receives a second caution won’t play in a match based on the decision of the sports court.
 UNDER 13-11-9: in these categories the automatic sanctions is not planned.

✔ART.15: COMPLAINTS
All claims must be made within 30 minutes from the end of the match together with a fee of € 50.00. A copy of the complaint must be delivered to the counterpart (offender) within 30 minutes.

✔ART. 16: INSURANCE
Every Association must provide their players with insurance.

✔ART.18: RESPONSIBILITY
The Organizing Committee is not responsible for damage, loss or theft to the people and property of any participant in the tournament, with the exception of the referees involved.

This website uses cookies to improve your experience while you navigate through the website. Out of these, the cookies that are categorized as necessary are stored on your browser as they are essential for the working of basic functionalities of the website. We also use third-party cookies that help us analyze and understand how you use this website. These cookies will be stored in your browser only with your consent. You also have the option to opt-out of these cookies. But opting out of some of these cookies may affect your browsing experience.
Necessary immer aktiv
Necessary cookies are absolutely essential for the website to function properly. This category only includes cookies that ensures basic functionalities and security features of the website. These cookies do not store any personal information.
Non-necessary
Any cookies that may not be particularly necessary for the website to function and is used specifically to collect user personal data via analytics, ads, other embedded contents are termed as non-necessary cookies. It is mandatory to procure user consent prior to running these cookies on your website.
SPEICHERN & AKZEPTIEREN
JETZT ANGEBOT EINHOLEN!